Welcome back to another week of Planet Britney, where we summarize all things Britney related from last week into one easy and simple post, perfect for those of you who just simply do not have the time to catch up on Britney news every single day.

When you have a hot body, you gotta flaunt it! Britney completely steamed up our screens this week when she posted this mighty fine pool pic on BRITSTAGRAM!

Just look at that perfection! To have a body like that, would be a dream. Obviously, getting a body like this is down to extremely hard work, so when people that are not familiar with a workout routine saw the pic, they turned green with envy and accused Brit of photo shopping her pic. So let’s clear the air here. Unlike other celebrities who doctor their pics before posting them, you only need to have a browse through Brit’s Insta, to see that Britney’s pics are as natural as they come. The only argument people had was the arch in her back and the water behind it, claiming the pavement should be there instead… NEWSFLASH!! Have a look at the dimensions of the pool at her feet… silly green eyed monsters… no doctoring here, just a mighty fine physique! Nevertheless, Britney did not have to say anything to defend herself, instead she just posted another pic, proving that body is all natural!

OUCH! Brit says it best, when she says nothing at all! Our fellow Britney stans over at ENEWS! were all over shutting the haters down!

Britney hit an impressive 9 million followers on BRITSTAGRAM this week! 9 Million is also more than the number of albums some of your faves have sold….Let’s have a look at some of the posts that you should not have missed this week.

Britney went all festive for the Easter Weekend – YELLO-W B!

You have got to love BRITSTAGRAM!

Nostalgia alert!! This week, we celebrated heaps of milestones! Let’s have a look at some of this week’s highlights!

8 years since Britney’s ‘How I Met Your Mother’ episode.

Crossroads started filming for the first time this week! 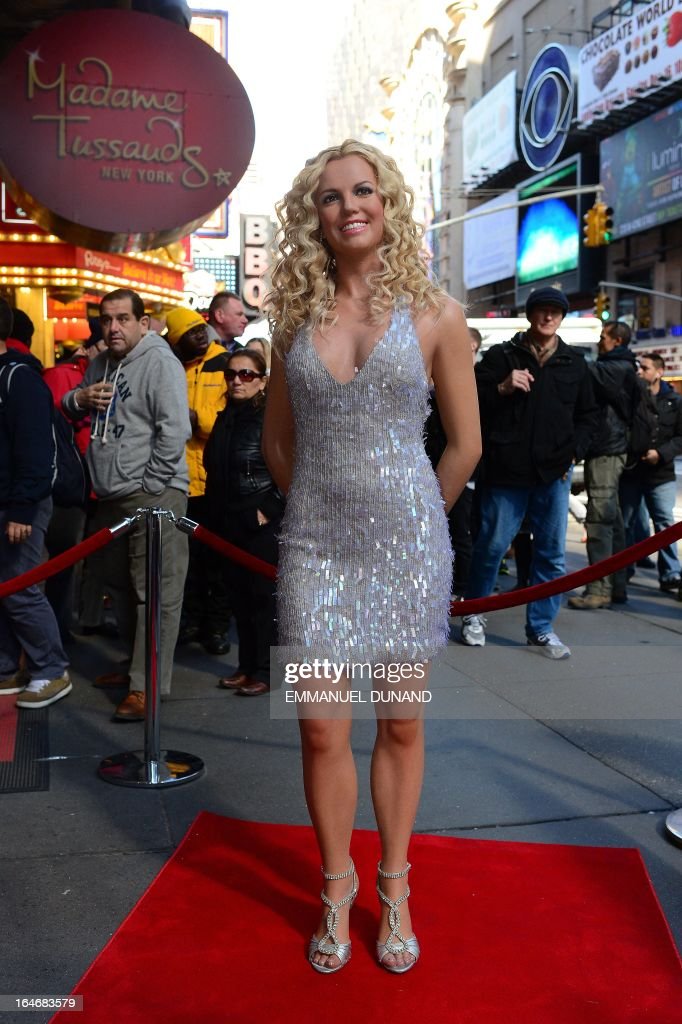 And, the Overprotected remix video was released this week! Tune in to Britney Galaxy on the single release date, 1st April, for some interesting facts about the video and single!

Marchney slayed! That is all..

The celeb world loves Britney just as much as we do! It seemed like everyone was talking about Britney this week… Could they be just as excited about B9 as we are? Of course they are! Let’s have a look at the Britney links this week:

Charlie XCX made sure no one forgets that Britney is the undisputed Queen Of Pop:

Singer Charli XCX admits she was “obsessed” with Britney Spears and the Spice Girls when she was younger.

The 23-year-old singer credits the “Toxic” hit maker with sparking her desire to be a pop star and she still thinks the star makes “great” music, reported Female first.

“I just started making my own songs and I made so many of them that I thought I wanted to show them to people. From when I was younger, I was always fascinated by Britney Spears. I was always obsessed with her when I was a kid. I think that’s what made me want to be in the music industry. I think her music is great.”

The “Boom Clap” hit maker was also a big fan of the Spice Girls.

“The Spice Girls were a big influence on me growing up, then Britney. Super, super pop stuff when I was younger, for sure.

William has claimed to have a “hard drive full” of unreleased songs by some of the biggest pop stars in the world.

Amongst the artists he says he has unheard recordings of are Michael Jackson, Beyoncé, Rihanna, Mariah Carey, Whitney Houston, Britney Spears and more.

The tracks are apparently what was left over from sessions where the Black Eyed Peas and The Voice coach worked with the above artists as an independent producer.

Speaking to Digital Spy, he said “I got a hard drive full of songs that just sit there and we could go through them. There’s Nicole Scherzinger folders,there’s Britney folders, there’s Rihanna folders, Beyoncé folders – just songs.

“When I work with artists, we record songs and write songs, and to get one song you have to record seven.

Will.I.Am also explained that he would consider letting his contestants on The Voice record their own versions of the songs to save them going to waste.

“They’re just going to sit there on my hard drive. Somebody has to go through them,” he said.

Selena showed some love to the Circus era:

Then proved his true stan card, not once…

Charlie, we salute you!

Gina Rodriguez is still fangirling about her Britney moment, as would we!!

Iggy made sure everyone was aware that her and Brit have no feud and are still really good friends!

We told you that the press were pesky buggers! Glad Iggy cleared the air!

And then Meghan Trainor stanned for Britney… well we assume so as her hit ‘No’ gave us real Britney vibes… and we were not the only ones to think so, check out this monster mash!!

This mash up of @britneyspears 'Overprotected' and @Meghan_Trainor 'No' proves they're SCARILY similar https://t.co/aIpKojAOMt

That is all for this week y’all.. but we will however leave you with this…

That’s right, turns out those ‘Tilt Your Head Back’ (CD left in the car) rumours were true!! Can you believe it?!?

Britney slayed! Can you imagine how epic it would have been, should this have been released!? We just can’t! We will be jamming to this every day! See y’all next week!

Forbes: Britney’s new single is coming in May! #B9

Britney Spears Just Called One of Her Most Iconic Moments ”So Dumb”!